Bo Pelini is in his 7th year at Nebraska and the natives are growing restless. Despite bringing a level of stability to the Huskers, Pelini has lost at least 4 games in each of his 6 seasons at the helm. Off Coor. Tim Beck enters his 3rd year after serving as the RB coach at Nebraska the period 3 years. Thanks to the presence of Taylor Martinez, Nebraska has mainly employed pistol based spread attac

k offensively. Injuries to Martinez have allowed the Huskers to experiment with pro-style schemes and plays that were previously unavailable.

Taylor Martinez has been the face of the Nebraska offense for going on 4 seasons. By virtue of sheer number of starts Martinez was already Nebraska’s career leader in passing yards heading into the season. Martinez has experienced an injury plagued season, missing 4 of the team’s 9 games so far. Redshirt freshmen Tommy Armstrong has done an admirable job filling in, going 4-0 as a starter but does have more interceptions than TDs.

Ameer Abdullah rushed for 1,100 yards a year ago and returns to lead a rushing attacked that is ranked in the top 15 in the country. The Huskers lost longtime stud Rex Burkhead but haven’t lost a beat with Abdullah and the powerful Imani Cross. At 6’1 225 cross brings an added power dimension to an offense that is built on moving the pile and between the tackle runs.

The Huskers return their top two receivers in Kenny Bell and Quincy Enuwa, both of whom are now upperclassmen. Bell led the team in receptions, yards, and TDs a year ago though Enunwa has emerged as the go to WR so far this season. Redshirt freshmen Jordan Westerkamp is average 13yds per reception this season, though he only has 14 catches on the year.

Nebraska has made its reputation based on the play of its offensive line and takes great pride in the unit. The Huskers lose LG Seung Hoon Choi and center Justin Jackson but return as many as 8 players with game experience. Tackle Jeremiah Sirles was 2nd time All-Big 10 a year ago and returns to lead a unit that is while plagued with injuries, has been very effective so far this season.

Ameer Abdullah- Abdullah is the player that makes the Husker offense go. While not the biggest player at 5’9 190, Abdullah is adept at finding holes and has surprising inside running power to go along with his outside and break away speed. Abdullah has already gone over the 1,000yd mark and is on pace to finish with well over 1,500yds.

END_OF_DOCUMENT_TOKEN_TO_BE_REPLACED 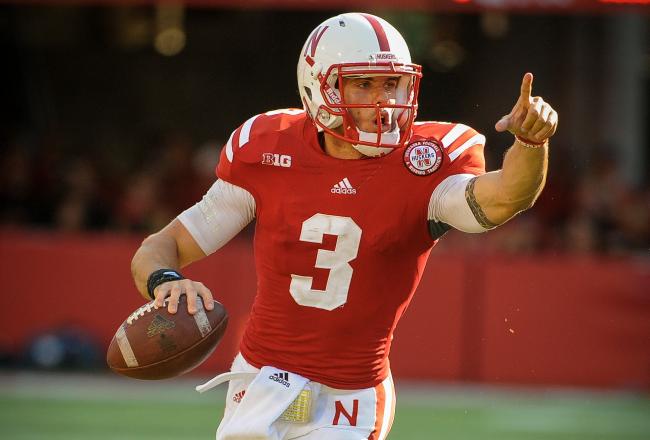 END_OF_DOCUMENT_TOKEN_TO_BE_REPLACED

IF the Wolverines can find somewhat productive replacements for Mike Martin and Ryan Van Bergen and find consistency on offense, they should have another very good season.

END_OF_DOCUMENT_TOKEN_TO_BE_REPLACED Denard Robinson clocked in on the third team of Phil Steele’s All-Big Ten Teams. Not remotely offended in the slightest bit due to Steele being a lone member of the media that predicted success for last year’s squad.

A great article on BTPowerhouse highlighting the essential differences between Beilein’s squads at West Virginia and last year’s Wolverines.

Tennessee Vols blog Rocky Top Talk has an entertaining bracket on their program’s biggest villains. In the Final Four, none other than Charles Woodson, lol.

Desmond Howard tweeted for ideas before his speech this at the Black Coaches and Administration convention in Florida this past week.  I highly doubt that his speech wasn’t already written and being looked over by his publicist for errors.  Nonetheless, Desmond made a statement using Denard Robinson as an example that no player is bigger than his program that he plays for.  To which I agree and I don’t believe he crossed any lines.  The only action against etiquette was tweeting an article supporting himself afterwards.  Then again, to make this entire paragraph moot I can guarantee you that 90% of his tweets are done by his publicist.

The Free Press reports that Darius Morris is confident after working out with the Indiana Pacers.