Here we are, at the end of the home slate of Team 133’s season. Amazing as the years go by, how quickly they seem to pass.

The drama surrounding Denard Robinson’s injury continues, and I’m not sure we’ll even know 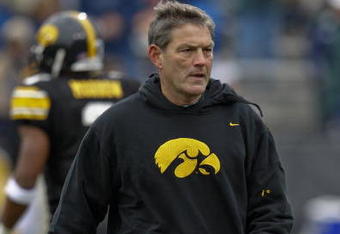 anything until after the Ohio game. Don’t be surprised to see him play some Saturday, whether its QB or RB, even if its just a few plays for Senior Day. Regardless of whether you love Denard, or despise him because you can’t stand him as a passer, you can’t really argue what he’s meant to Michigan Football in his four years. He has been literally the face of Michigan Football. I, for one, will be sad to see him go. I’ve been going to Michigan games since the Anthony Carter days, and while I’ve seen some incredible teams and players, I’m not sure I’ve seen anyone as electric as Denard. Sure Desmond could take it to the house every time he touched the ball, but so can Denard, and he handles the ball on every play.

Most of us welcome the return to Michigan offense we’ve seen for the better part of the last 20+ years after the bowl game. But we have 3 games left where Denard could play, and if he sees the field, please embrace witnessing him play. It may be awhile before we see someone as dynamic as him.

Iowa quite frankly brings a team of disappointment to town. Few expected them to truly contend for the Legends division title, but even fewer anticipated them being 4-6 at this point, with a loss to CMU in there as well.

The Hawkeye’s defense has been respectable of late (and we may be calling on them next week to slow Nebraska down to keep our title hopes alive!) but their offense has been abysmal. When you need to rely on your team to run the football, have lost multiple starting offensive linemen and several running backs to season ending injuries, and your QB is relatively immobile, yet completes passes at a clip similar to a dreadlocked super athlete across the field, trouble will ensue. QB James Vandenberg has thrown more interceptions (6) than TD (5). That spells trouble for a Hawkeye team who will need to score in the 20’s to be in the game.

Sadly for them, Michigan sends its 23 seniors out in their last game in the Big House happy. Michigan 34 Iowa 16.

The Wolverines opened the season number one ranked but were upset by the Wisconsin Badgers.  The Fighting Irish won their first game impressively over LSU and took over the top ranking.  Going into week two of the season Notre Dame was the favorite and had all the momentum.  Anthony Carter and Butch Woolfolk had other ideas as they beat the Irish 25 – 7.  The loss turned to be the turning point for the Fighting Irish as they tail-spinned to finish the season at 5-6.  Michigan finished 1981 9-3 in the Blue Bonnet Bowl with a win over UCLA.

MGoAuction is a great site auctioning off items to raise money for undergraduate scholarships at the University of Michigan.  Between now and November 30, there are still 105 items left to bid on, ranging from a signed ball by Justin Verlander  to “The Jersey”.

“The Jersey” is the premier item this year and is signed by 57 former Michigan football stars including Charles Woodson, Jake Long, Anthony Carter (who signed on the #1), Brandon Graham, Zoltan Mesko, Larry Foote, Chad Henne, Elvis Grbac and so many more.

Here’s an older video that I enjoyed watching the other day: