Offensive Co-Players of the Week

· Accounted for four touchdowns, two through the air and two on the ground, to help Michigan to a 38-31 overtime victory over Northwestern on Saturday

· Threw for 286 yards on 16 completions, including a 53-yarder with under 10 seconds in regulation to set up a game-tying field goal

· Threw touchdown passes of eight and 28 yards, and scored on runs of one and eight yards, with the former serving as the game-winner in overtime

· Wins his first Big Ten Player of the Week honor

· Rushed for 198 yards and three touchdowns against Indiana on Saturday, moving into second place on the NCAA all-time touchdown list with 77

· Moved his career rushing touchdown total to 71, which is tied with former Badger Ron Dayne for the most in Big Ten history

· Part of a Wisconsin running attack that amassed 564 rushing yards against the Hoosiers, which ranks as the sixth-most in a single game in Big Ten history

· Wins the sixth Big Ten Offensive Player of the Week honor of his career, which is tied for fourth in conference history, and his second this season

Defensive Player of the Week

· Posted six tackles, including a career-best four tackles for loss, as Purdue defeated Iowa 27-24 on the road on Saturday

· Finished with five solo tackles, including a third-quarter sack for a 10-yard loss to help Purdue win in Iowa City for the first time since 1992

Special Teams Player of the Week

· Was a perfect three-for-three on field goal tries, converting from 27, 32 and 33 yards, his fourth game with three or more field goals this season

· Had 205 punting yards, including  69-yarder in the fourth quarter, pinning the Nittany Lions on their own two-yard line to set up a Nebraska safety

· Wins his sixth Big Ten Special Teams Player of the Week award, the most in Big Ten history, and third this season

Freshman of the Week

· Finished with 1.5 tackles for loss and one-half sack, and ranks in the top 10 in the conference in tackles per game during Big Ten play

· Wins his second Big Ten Freshman of the Week award

END_OF_DOCUMENT_TOKEN_TO_BE_REPLACED 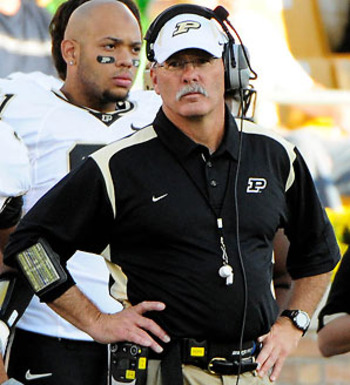