END_OF_DOCUMENT_TOKEN_TO_BE_REPLACED

1984 for the most part was not a memorable season for Michigan. Schembechler’s squad would finish 6-6 after an injury to QB Jim Harbaugh sent the season into a spiral. But it did begin with a bang, as the Wolverines took out the number one ranked Hurricanes propelling the Wolverines to a temporary third place ranking. 1984 was also Jimmy Johnson’s first at the helm for Miami. He would finish the season 8-5 with three consecutive losses, including the historic Hail Flutie Game. An odd tidbit, Miami entered the game 2-0, while it was Michigan’s season opener.

END_OF_DOCUMENT_TOKEN_TO_BE_REPLACED

More Interviews from UMGoBlog – 2012 Recruiting Board

Offensive tackle is a huge position of need and Michigan got a verbal from one of the best in the country this past weekend in left coaster Erik Magnuson. The Californian made it in to Ann Arbor last weekend and made his verbal pledge to Coach Hoke. 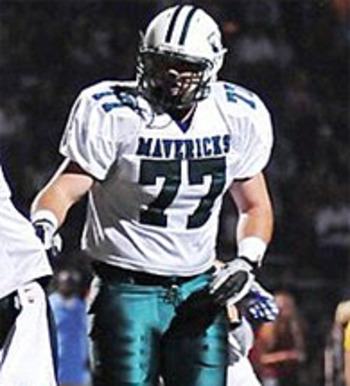 Sean O’Connell: Did you know Coach Hoke before he took over at Michigan?

Eric Magnuson: “Yes. I have a great relationship with him that was started when I was 15 because he was at SDSU, just 20 min from my house.”

Eric Magnuson: “Coach Ferrigno. I have a GREAT relationship with him.”

Sean O’Connell: Did you grow up a fan of Michigan? Where did the interest come from?

Eric Magnuson: “I didn’t have a favorite team growing up. My interest all came from Coach Hoke going there.”

Sean O’Connell: How did you commit and what was the reaction?

Eric Magnuson: “I had a meeting with Coach Hoke, Coach Ferrigno, Coach Funk and my dad. I just told coach I was ready to commit and they went crazy. It was awesome.”

Sean O’Connell: What other schools did you consider?

Sean O’Connell: Have you talked to any other kids about coming to Michigan?

Sean O’Connell: Last one. I know there is a long time until February, but do you think you’ll visit any other schools along the way? 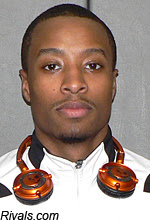