Talented depth is being built, but it is also young and unproven depth at this point. I could see the staff taking one RB in this class, but it wouldn’t be all bad if they missed out mainly because the 2015 has a few big time prospects that love Michigan.

Dravon Henry – 5’11” 180 lbs. Aliquippa, PA. Dravon is a longish shot at this point and has a top 4 schools of Ohio State, Pitt, PSU and West Virginia. He did however say that this list could change and is somewhat fluid. IF he visits UM there’s a shot there, but I just don’t see it at this point.

Jonathan Hilliman – 6’1” 210lbs. Jersey City, NJ. Hilliman just released his list of top 10 schools, with a top 3(in order) of Ohio State, Michigan and Alabama. He had planned on visiting in the spring, but nothing has been set in stone yet. If he does indeed visit, Michigan should be there until the end.

Joe Mixon – 6’0” 195lbs. Oakley, CA. Mixon is one of the most heavily recruited kids in the country regardless of position with somewhere in the neighborhood of 40 offers. He recently cut that list to a more convenient 16 which includes Michigan. He will likely take all of his officials and wait until the all-star games in January to decide. Michigan’s chances in snagging Mixon will again come down to whether or not he makes it to Ann Arbor.

END_OF_DOCUMENT_TOKEN_TO_BE_REPLACED 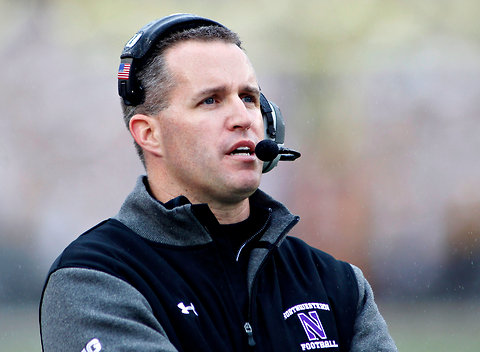